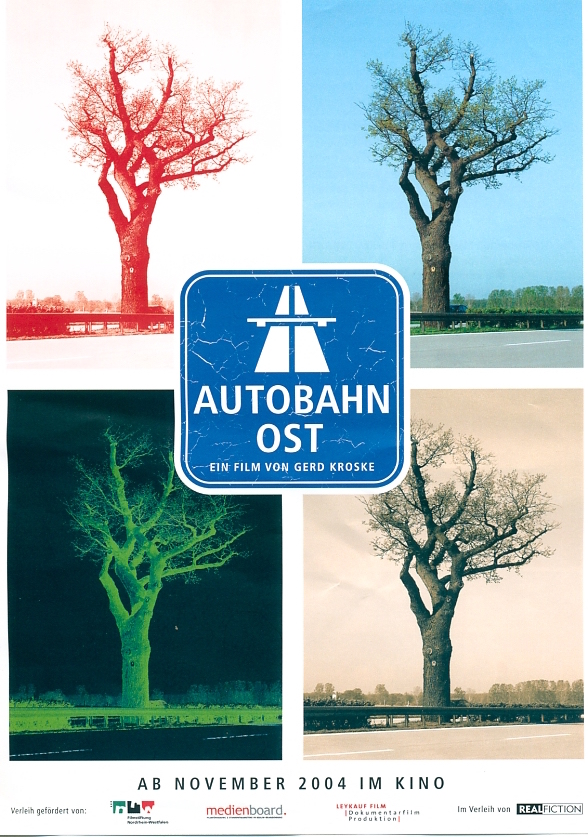 With their border crossings, transit routes and their control by the

“Volks-Polizei” (GDR police), with their concrete slabs and their

history of construction, reaching back to the “Reichsautobahn” of the

National Socialist era, the AUTOBAHN east stands as an example of German

and German-German history. With a flair for anecdotes and situations,

big politics and the small folks along the side of the road, Gerd Kroske

has filmed a documentary, which refers back to the educational films of

the transit police and footage of surveillance cameras of the state

security and shows much more than a piece of “civil engineering” history.