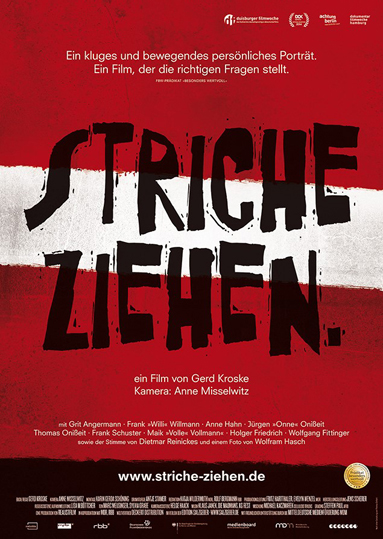 A wall-art action in 1986 West Berlin ending in an arrest with grave consequences. A permeable spot in the Weimar punk scene of the 1980s: betrayal is in the air.

The motives remain unclear; the perfidious consequences reach into the present. Quarrels, anger, incomprehension—nothing that can really be figured out today.

“Everyone was STASI except mom and dad? Nope, what we have here is pure archaeology of the East German state!
The film recounts the tension between subculture and dictatorship. Amused, noisily, furious, its protagonists took liberties that seemed inconceivable.

Former East Germany, punk music, the wall, betrayal, jail, exit for the West: a film confronting these things on the offensive – and seeing its view of them as a balancing act.