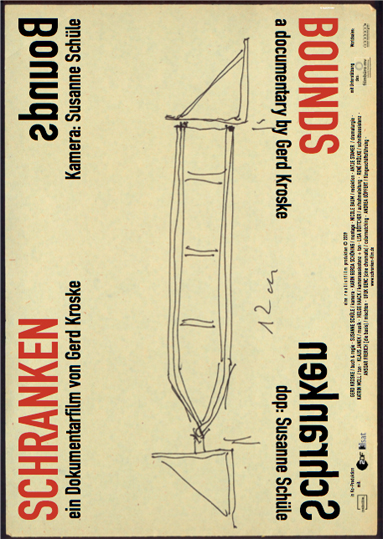 In the 80’s, new border barrier systems were used in the former GDR. The escape attempts with cars towards West Germany increased. Metal workers and Stasi (Ministry for State Security) are working hand in hand for the defence against “terrorism” in order to prevent escape attempts. In conspiratorial work they created new barriers after their actual working hours. Crash tests for the defence against terrorism, collisions for the case of emergency. Cars crashing into the new barricades, leaving a total loss. From the mid-80s those barriers were installed at all border crossing points.
„BOUNDS“ is about the motivation of all who were involved, from tragic ending escapes and gives insight into the German engineering ingenuity and the military spirit.
Pure GDR archeology. A genealogy of the east.